Although M.C. Aquila and I have been editing and revising like crazy, due to busy schedules, we will not be able to get the book out in December as planned. The Shattered Mirror will now be released in January 2020.

Thank you for understanding. In the meantime, if you enjoyed the series but have not reviewed yet, it would help us out if you would leave a quick review or spread the word!

You can now download a FREEE ebook copy of The Changeling’s Fortune (Winter’s Blight Book One) on Amazon, Smashwords, Barnes & Noble, Kobo, and ibooks!

Book 3, THE WAKING MAGIC, is available for preorder now, releasing May 31!

Everyone is drawn to magic for a reason.

As Deirdre, James, Iain, and Alvey travel to the Wayfaring Festival, seeking answers for the brothers and magical materials for Alvey, forces Fae and human close in.
Deirdre’s fight to control her magic evolves as she begins to connect with it on a deeper level. Yet she risks losing everything to General Callaghan, the leader of the Iron Guard, who hunts her to harness her power into a weapon. Meanwhile, James begins his own quest for magic, drawing him closer to the Master, a sinister being who holds the fates of James and his mother.

Joining the group is Cai, a wandering swordsman connected to the mysterious amulet Iain found hidden in an Unseelie dwarf’s treasure horde. As Iain is faced with the ever-increasing danger of their journey, he believes the skilled, if uncooperative, man could secure both their safety and an end to the war before it begins.

But facing imminent dangers both within and around the group, each of them is forced to make decisions that will alter their journey and even the fate of the country.

M.C. Aquila and I are currently hard at work on Book Three of Winter’s Blight, coming this spring. While you wait for the next book in our six-book series, I suggest that you check out our music playlists on my Goodreads blog!

I don’t know about you guys, but when I read a book, I like to make little music videos in my head to go with what I’m reading. You can check out The Changeling’s Fortune’s playlist here and The Renegade Son playlist here.

I hope you enjoy listening! I cannot wait to make a playlist for Book Three… 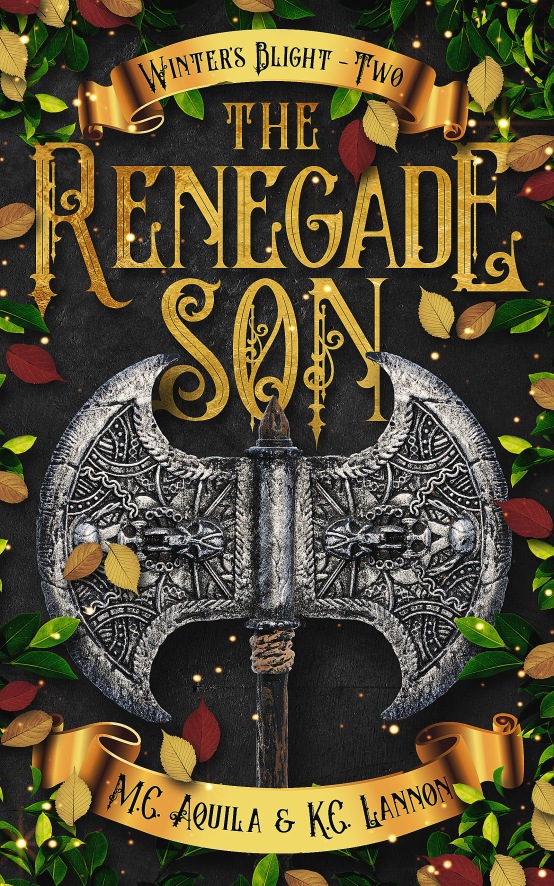 Here is a free template for writing and tracking character development that M.C. Aquila and I came up with:

Use this method of tracking true and untrue character beliefs to plot your story and start your outline with confidence!

I am so joyful on this morning of May 25th as M.C. Aquila and I release our book baby out into the world!  If you haven’t already, go check out the book on Amazon and Goodreads!

If you enjoy reading, we would appreciate it if you would leave a review! If you want updates on upcoming books in the series, please check out our newsletter page and sign up for a FREE short story!

Exciting news, friends! My debut, The Changeling’s Fortune is available for pre-order! It is the first installment in the Winter’s Blight YA urban fantasy series I’m co-authoring with M.C. Aquila.

The story takes place in a kinda-almost-post-apocalyptic UK where faeries and humans are in a cold war after a devastating attack by the faeries years prior.