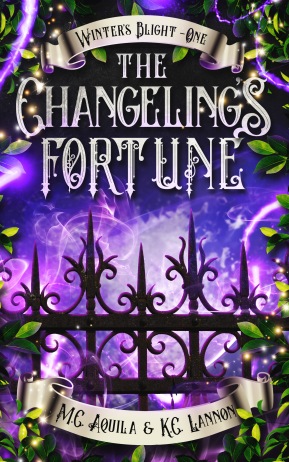 When optimistic seventeen-year-old orphan Deirdre travels to Neo-London, a city created after a near-apocalyptic attack by Unseelie faeries, she is caught in the tension between faeries and the Iron Guard, a militarized faction created to keep the peace. After a banshee tells her fortune, Deirdre develops destructive magical abilities but quickly discovers she cannot control them. These powers soon make her a target of Alan Callaghan, an extreme anti-faery general.

His sons, Iain and James, cross paths with Deirdre. Iain is a rookie soldier in the Iron Guard trying to atone for past mistakes and keep his younger brother from harm. James, a fourteen-year-old aspiring scholar fascinated by faeries, becomes fast friends with Deirdre. They soon plot to escape the barriers and lies of the city to find answers about her magic and James’s disappeared mother.

However, when Deirdre is framed for a treasonous crime, their search for answers soon becomes a quest for freedom. Beyond the iron walls of Neo-London that protect the city from the Winter Court lies a landscape of unchecked magic, faeries, and monsters.

The Changeling’s Fortune is the first installment in the six-book YA Urban Fantasy series, Winter’s Blight. The series is a character-driven, coming of age adventure with a little hint of dystopian thrown in, written in third-person with multiple POVs. The diverse mythology of the story world pulls primarily from Celtic and English folklore.

Who can Deirdre trust when she fears the very magic inside of her? 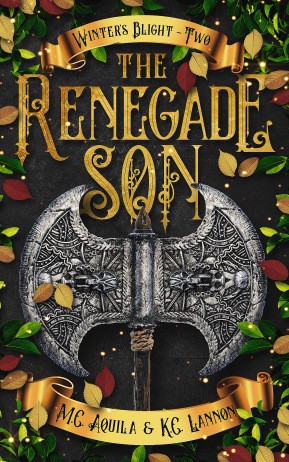 Though Deirdre and James have escaped Neo-London and survived the monstrous Fachan, dangers both human and Fae close in on them.

General Alan Callaghan, James’s father and the leader of the Iron Guard, hunts Deirdre to harness her magic as a weapon against the faery Courts. And a dark curse is attached to James, connected with the disappearance of his mother.

But their greatest worries are close at hand—James’s brother Iain, a soldier sent to capture Deirdre, is traveling with them.

Discovering his father’s role in the king’s assassination, Iain’s loyalty to his father and the army is tested. Although he is wary of Deirdre’s powerful and unstable magic, he believes in her innocence. But by aiding Deirdre, a fugitive, Iain risks treason.

With the appearance of Alvey, a young half-elf runaway from the Summer Court, new truths about Seelie faeries come to light, making Deirdre doubt both her search for her parents and herself. But as they clash with both the oppressive Iron Guard and bloodthirsty Unseelie faeries, Deirdre will have to decide if she can trust those around her, as well as the magic within her.